Welcome to my site! If you need any help navigating through, just send me a message.

I’d love it if you signed up for my newsletter, just to the right.

It began as a typical day. It was going to be my daughter’s third birthday party the next day. Jim’s sister June was at our house with her daughter Rachel. We’d been decorating and getting things ready. I sat down at the table and got out my notebook to do some writing. Not your typical writing, but the communication that I’d been having. To me, it was normal these days. I don’t remember when it began but it hadn’t been too long.

What started out as a normal conversation with this thing, turned into it telling me to tell Jim I wanted a divorce and to give our three girls to Jim. I was completely surprised and didn’t know what to think. I obviously said no. This thing didn't like my response so it began to suffocate me. I was scared. I told it that I would tell Jim tomorrow … I didn’t know what else to do at that point. Somehow it was satisfied with that response.

This all started one day when my little sister told me that she’d gotten ahold of our Dad. Daddy had died back in 1969 in Vietnam. Marie said that he wanted to talk to me. I had so many questions. He died when we were so young. Why did he leave? Why did he do the things he did? Why wasn’t he with us? I was interested. I wanted answers, so I did what she told me to do. It was so simple to start and then so difficult to end. I had no idea that it was the occult that I had gotten myself involved in until the day of the party.

That morning, I started feeling funny - odd. I knew something wasn’t right. I called my sister Marie and told her what was going on. She told me that I had done something wrong and that I had gotten ahold of the devil and not our Dad. I was scared! I had no idea what that meant, but I knew somehow that she was right. I followed Marie’s instructions to make it go away. For a short time I seemed to be okay. But then I started feeling bad again.

I told June what was going on. She seemed to understand and rebuked the devil and stayed by my side. I had to get out of the house after awhile. I was feeling antsy inside … like everything was moving. We went to a yard sale down the street. As I was standing there, I felt my body move in a circular motion. I wasn’t okay. We went back home and did the birthday celebration for my youngest daughter … but I was feeling terrible. It felt as though everything inside of me was moving and I just had to get out of there again. June took me for a drive. We drove over to Pioneer Park in Paso Robles and parked under a tree. June prayed for me. I told her I needed to get to a church. She said she would take me home and Jim would take me.

In the meantime, Jim had called his parents. They were Christians. They told him that we needed to get to a church. Jim’s Dad wanted to talk to me. He asked me what was going on and I told him about the handwriting and everything that was happening that day. He told me that Jesus could help. I believed him. He asked me if I wanted to accept Jesus as my Savior. I said yes. I didn’t know what any of this meant, but I knew I needed help.

Jim called church after church. It was a Saturday and so no one was answering. He left messages on machines all over our area. He had made so many calls. He had me call the next one. This one had the pastor’s home phone listed, so I called it.

A lady answered the phone. I told her that I thought I had a demon in me. She said, “Oh, my husband’s real good at that.” She also said that he was at the church but would be home in about thirty minutes and that she would have him call me when he got there. We got a phone call within the next ten minutes. It was her husband, Pastor Tom Gaddis. He asked me what was going on and then told me that we could come to the church.

Jim and I got into our car. He helped to get me buckled and locked in. I was shaking and so afraid. I thought this thing might throw me out of the car on our ten-minute drive to Atascadero. We got to the church and got out of the car. Jim had to help me walk up. My body didn’t want to go into the church. My feet were pushing against the cement trying not to walk.

We got inside and met Pastor Tom. We sat down on the couch and he started asking us questions. We answered everything. At one point, I yelled, three times. Pastor Tom said, ‘Carolyn, that’s not necessary’. I just said okay and wondered why I did that. I’m normally a very quiet person and not someone who yells.

Pastor Tom talked to us about Jesus and what He did for us, dying on the cross. He told us about the freedom He gives to us. As he was saying these things to us, my body started to do some things that were just out of this world to me.

Pastor Tom read some Bible verses to us and prayed. He rebuked the devil and told him to get out of me. We talked about sin. I confessed every sin I ever committed. Every time I thought of a sin, my head would shake back and forth as though this thing didn’t want me to say them out loud. I said them anyway. I was determined to be free from it. At one point I went over the back of the couch. Jim tried to get me back to sit down. I fought with him. Later we ended up on the floor. Jim was holding me down. I didn’t know what was going on. This was all something Jim or I had never experienced.

I began to yell out many things. My head was shaking back and forth. Pastor Tom continued to say Bible verses and tell the devil to leave. He was saying what Jesus did on the cross and talking about His blood. At some point, my body seemed to relax and the whole room seemed to be in a peaceful state. Pastor Tom said I was free. He told me some Bible verses that talk about the freedom that Jesus gives and about the peace that I can have with Jesus. I believed him.

As we walked out of the room, I told Pastor Tom that we would come sometime to church and he could see what a normal family we are. We all walked out. There was an old Mercedes Benz waiting in the parking lot to give Pastor Tom a ride home. Jim and I stood there and as we watched them drive away my body moved again … in that same circular motion. Fear overtook me once again. But they were gone …

We went home and went to bed … we woke up at about two with my hand clutched onto Jim’s chest … scared … we called Pastor Tom and he met us again at the church. He talked with us and prayed more. He told me that I just needed to believe the verses he gave me and to read them when I was afraid and when the devil told me he was still inside of me. We went back home a few hours later.

We had rough days after that. I didn’t write anymore. I read my Bible, constantly. It was all I could do to keep my sanity. I clutched my hands and my feet because if they were loose and free, the devil would try to communicate with me through them by writing words in the air. 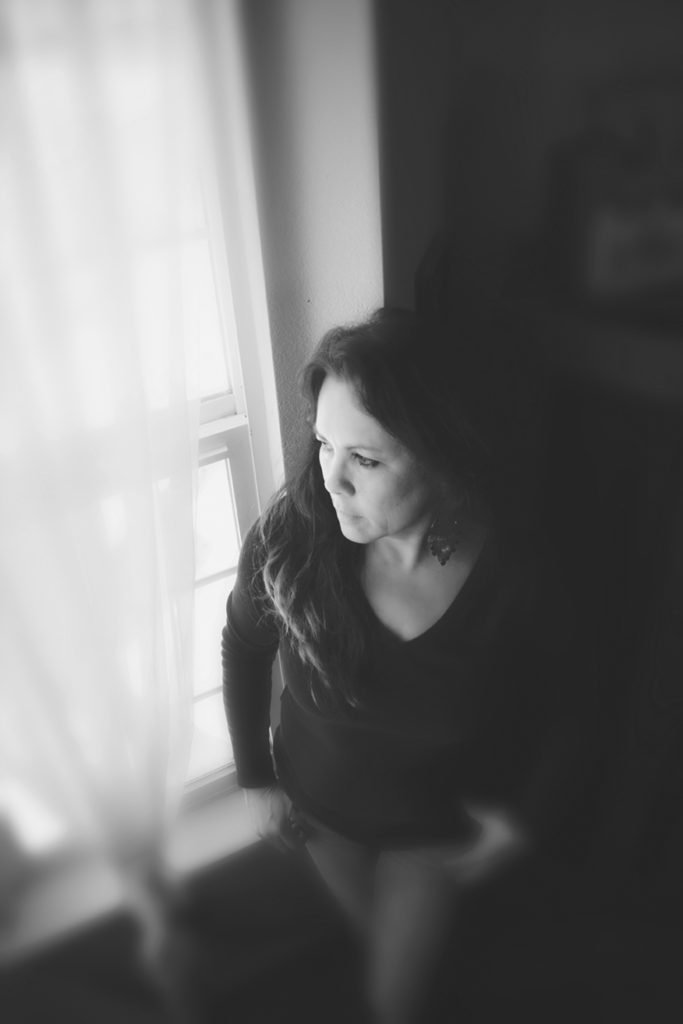 It was two years of fighting, reading my Bible, going to church, getting prayed for and praying for myself before I could finally say ‘I’M FREE!!!’ Jesus set me free!

Jesus set me free and saved me on that sixteenth day of May in 1987. He changed my life. I didn’t know on that night so long ago that I was free. I didn't know that saying yes to Jesus was going to be a life change for me and my family. I didn’t know the battles and victories that were ahead. I didn't know that I was truly free. All I knew was that I needed help and I was told Jesus would help. I’m so thankful for those who helped me on this journey. It is now 31 years later and I love Jesus even more! My sister Marie is now saved as well. In fact, so many in my family have come to Jesus in the past 31 years!

Thanks for listening ... and if you are one who helped ... Thank you!

If you need help, I'd love to help you!

We can get to know one another through social media if you like!

Peonies have become my favorite! • • • #peon

In my studio … it’s always so much prettier wi

For in him we live and move and have our being.’

"Because a little bit of summer is what the whole

A little watercolor … check out my last reel to

My roses don’t stay pretty for very long. I gues

A rose is a rose but a peony is a friend forever.